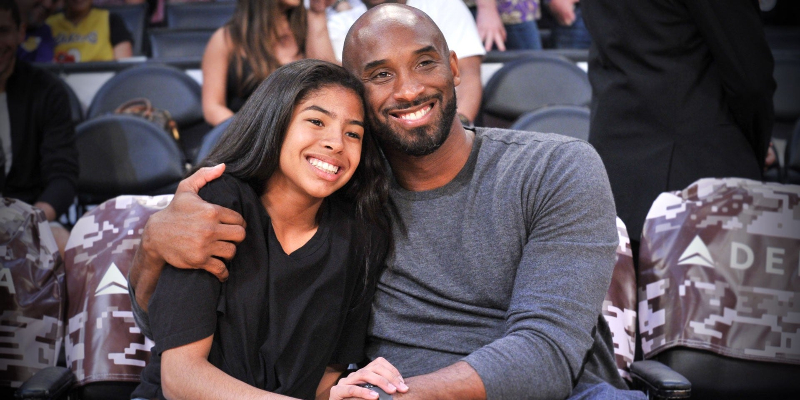 May they rest in peace

The 41-year-old is considered one of the best basketball players, with a career spanning 20-years with the LA Lakers.  Bryant retired in 2016 and was a five-time NBA champion and was named an NBA All-Star 18 times. According to reports from KABC-TV and TMZ, Bryant and his daughter were among the five people killed in the crash, which is now under investigation. The athlete shared four daughters with wife Vanessa Bryant.

After the tragic news was announced, several sport stars and celebrities took to social media to pay their tribute:

There’s no words to express the pain Im going through with this tragedy of loosing my neice Gigi & my brother @kobebryant I love u and u will be missed. My condolences goes out to the Bryant family and the families of the other passengers on board. IM SICK RIGHT NOW pic.twitter.com/pigHywq3c1

Kobe was so much more than an athlete, he was a family man. That was what we had most in common. I would hug his children like they were my own and he would embrace my kids like they were his. His baby girl Gigi was born on the same day as my youngest daughter Me’Arah. pic.twitter.com/BHBPN5Wq8V

Most people will remember Kobe as the magnificent athlete who inspired a whole generation of basketball players. But I will always remember him as a man who was much more than an athlete. pic.twitter.com/9EZuwk8wrV

Former LA Lakers player and the NBA’s all-time leading scorer posted a video on Twitter saying: “It’s very difficult for me to put in words how I feel. Kobe was an incredible family man, he loved his wife and daughters, he was an incredible athlete, he inspired a whole generation. This loss is hard to comprehend.”

Kobe was a legend on the court and just getting started in what would have been just as meaningful a second act. To lose Gianna is even more heartbreaking to us as parents. Michelle and I send love and prayers to Vanessa and the entire Bryant family on an unthinkable day.

Like everyone, I’m stunned and saddened by the news about Kobe Bryant. My heart is broken for his wife and family.

So sad to hear the heartbreaking news of the deaths of Kobe and his daughter Gianna. Kobe was a true legend and inspiration to so many. Sending my condolences to his family and friends and the families of all who lost their lives in the crash. RIP Legend💔 pic.twitter.com/qKb3oiDHxH

The iconic footballer took to Instagram to pay tribute, writing: “I have no words… All my love for Kobe’s family and friends. It was a pleasure to meet you and share good times together. You were a genius like few others.”

My heart is in pieces hearing the news of this unimaginable tragedy. I can’t fathom what the families are going through. Kobe meant so much to me and to us all. Sending my prayers, love, and endless condolences to Vanessa and the family and anyone who lost someone on that flight.