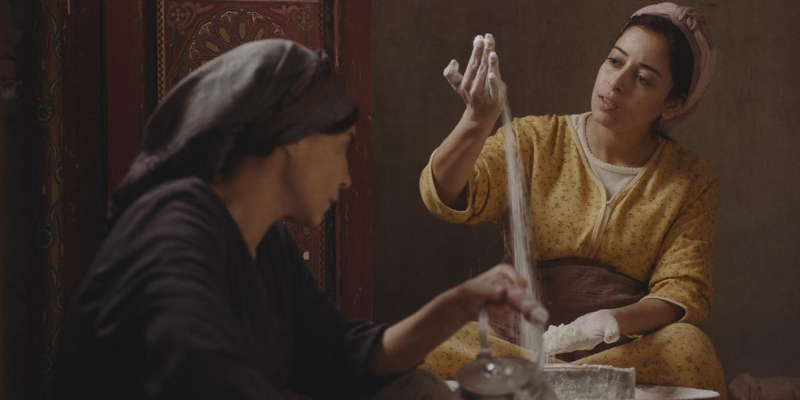 From Palestine to Morocco

The Academy Awards are the film industry’s most prestigious accolade, what every filmmaker dreams off. While most of the awards cater to movies in English, there is one specific category where international movies get to shine – the Best International Feature Film category.

After the 2019 Oscars, the Academy decided to change the name of its Best Foreign Language Film category to Best International Feature Film. However, films nominated still need to be in a foreign language to be eligible. Usually countries make their submissions for this category, hoping to nab a nomination. So far, four Arab nations have made their submissions.

Here are the four Arab films vying for an Oscar nomination:

Egyptian director, Ahmad Fawzi Saleh made his feature debut with . The film premiered at the International Film Festival Rotterdam last year, and tells the story of Saqr, a man dreaming of a better life beyond his tannery job in the slums. Despite his dreams, his strong love for his sister ties him to the location.

Maryam Touzani’s first feature film screened at the Un Certain Regard section of the Cannes Film Festival this year. The movie  tells the story of two women, Abla and Samia. Abla is a widow and mother to a 10 year old daughter who is struggling to survive. She bakes bread and traditional pastries and sells them everyday in Casablanca. Samia is a young woman, who is heavily pregnant and ends up leaving the countryside when the baby’s father refuses to recognise his soon-to-be-born child. When Samia seeks shelter at Alba’s home their chance encounter becomes a life changing bond.

Palestine – It Must Be Heaven by Elia Suleiman

This documentary is directed by Palestinian filmmaker Elia Suleiman, who perviously won the Jury Prize at Cannes in 2002 for his film This feature film won the Jury Special Mention award and the Fipresci Critics’ Award at this year’s Cannes Film Festival. It Must Be Heaven follows Elia as he travels to different cities around the world and finding unexpected parallels to his homeland of Palestine. The film asks an important question, which is, where is the place we can truly call home?

In his second film following his award-winning debut Mohamed Ben Attia tells an emotional story in . The film narrates the life of a middle class Tunisian family whose life revolves around their only son Sami. The boy, who is preparing for his high school exams, suffers repeated migraine attacks, which create great concern for his parents. However, just when he starts to get better, he disappears.

Watch this space for other Arab film selections