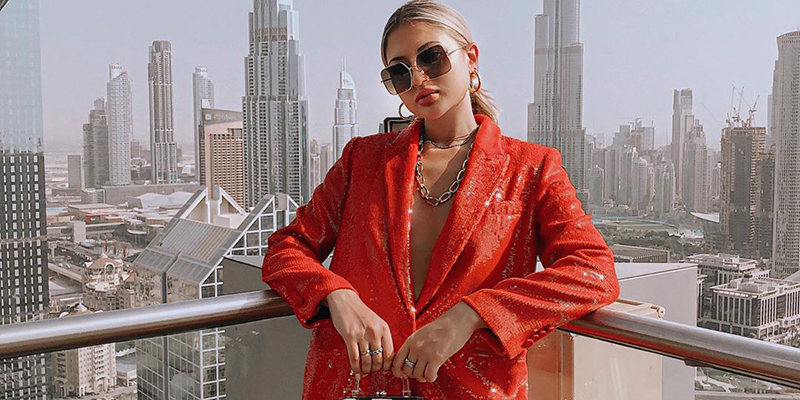 We are days away from December, which means two things: the festive season is here and so is the good weather, so we will finally be spending so much time outside. From new restaurant openings to Dubai’s shopping festival kicking off on the 26th, there is a lot to do this month, so we hope you are prepared.

From Abu Dhabi to Dubai, here is your cultural guide for December:

This Madrid opened its door recently in DIFC. This three-story restaurant brings the South American flair to Dubai, with plush, green interior, inspired by the Amazon rainforest. It includes a bar, lounge, restaurant, sushi counter and a rooftop terrace, while the food is be led by chef and concept creator Sandro Silva and his wife, chef Marta Seco.

Now that the weather is getting better, we can’t not make use of La Piscina’s complimentary access. Palazzo Versace’s newly opened pool is offering visitors who stop by weekday mornings free access to their pool, swim-up bar and restaurant. The new hot-spot also has a Ladies day on Monday, where women get free entry between 1pm and 4pm, as well as complimentary beverages.

This is the first edition of the cultural experience, which aims at reflecting and reimagining Abu Dhabi’s heritage. It is set to bring together historic traditions, contemporary culture and newly emerging artistic perspectives across the cultural landscape of the Al Hosn site. Running from December 12 to 19, the festival will feature art, design, cuisine and performances – perfect for a family day out.

It’s been 15 years since musician Dido appeared on stage, but the Brit is back on tour with her fifth album, and she’s coming to Dubai.  and singer will perform at the Dubai Media City Amphitheatre on Friday December 13 and the tickets are on sale now.

The hotspot in The Palm will screen the two Home Alone movies during the first two Saturdays of December. What is better than enjoying the Christmas classic films by the beach? On December 7, The Pointe’s outdoor cinema will play , then on December 14, we follow Kevin’s in New York with a screening of .

Right before Christmas, the Urban Outdoor Cinema has three days dedicated to festive films. From December 21 to 23, visitors can enjoy three of the most classic go-to Christmas flicks. The first day will include a screening of on Saturday, followed by rom-com on Sunday and finally Will Ferrell’s on Monday.

This hotspot will be showing  in the lead up to Christmas. Three days before the holiday’s the beach and pool club will screen the film on Sunday December 22. If you haven’t watched the classic film yet, we highly recommend you attend the screening on the beach.

Unlike all the previous screenings, this one is set to take place on Christmas day. Azure Beach is known for their popular sea-nema nights, which will take a festive turn on December 25 with a screening of . Doors open at 9 pm, and the film will show at 9:30 pm.

The eleven-time Grammy winning artist is heading to the capital this New Year’s eve. Bruno Mars has been confirmed as the headline act for the New Year’s Eve concert at du Arena in Abu Dhabi this year. He will headline , which will be the first day of a two-day festival headed to Abu Dhabi to celebrate New Year’s. Tickets for the Just The Way You Are singer’s show start at , and will be available from midday on Monday September 16. For 48 hours only, there will be a 20 per cent discount on tickets for du customers.

If you are a fan of EDM and pop-music, or listen to the radio at all, then you are already familiar with the performers. Jonas Blue is an English DJ who has collaborated with big names like: Liam Payne, Rita Ora and Joe Jonas to name a few. Joining him is Jax Jones, another British DJ, behind hit tracks like You Don’t Know Me and Instruction ft. Demi Lovato. So, it is guaranteed that you will be dancing your way into 2020. Entry to Zero Gravity’s NYE party will begin from 5 pm and you can now pre-register for early bird tickets, starting from .  Second release tickets will retail at , general online tickets  and on the door will be priced at .