New portraits of Prince Harry and Meghan Markle have been unveiled by one of the couple’s go-to photographers.

The photographs, which were taken prior to the Queen’s death, were captured by Misan Harriman when the couple attended One Young World summit in Manchester in the UK.

Two portraits were released by the photographer the first of which shows the Duke and Duchess of Sussex in powerful stances looking directly to the camera, also holding hands.

The second photograph, which is in black and white, show the couple with more sombre expressions, still holding hands, as they presumably prepare to take to the stage where the duchess gave the keynote address.

The former senior royals were set to undertake a number of engagements around the United Kingdom during their trip together, but due to Queen Elizabeth II’s passing the appearances were cancelled during the mourning period.

Instead, the couple, alongside other members of the royal family including King Charles II and Queen Consort Camilla and the new Prince and Princess of Wales, were involved in many engagements during the official mourning period for the Queen.

These engagements included a walkabout Windsor Castle with Prince William and Princess Kate, attending the vigil of the Queen’s grandchildren and the official state funeral.

Harry and Meghan have now returned to the USA, where the now reside in Montecito, California, after they stepped down from official royal duties at the beginning of 2020. 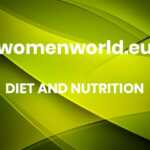